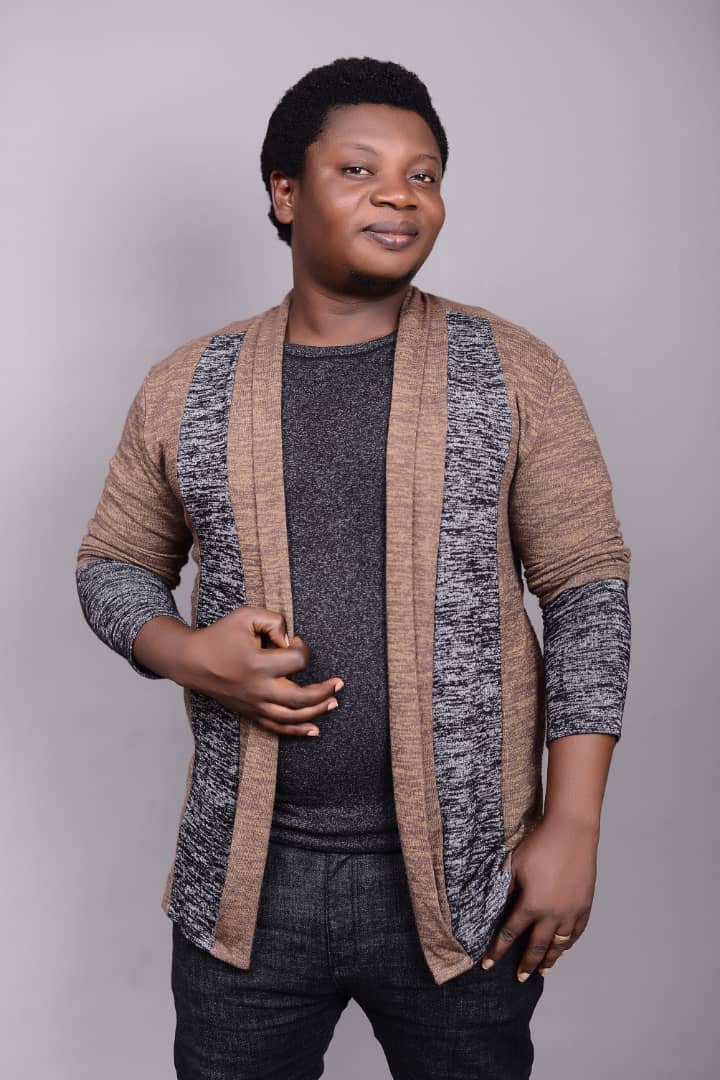 Richard Adusu
Richard Adusu, born 1983, lives and works in Greater Accra – Ghana (West Africa). He refers to his style of painting as «spontaneous realism / impressionism». Adusu is a contemporary artist, who considers his art to be emerging from the dynamic of the moment, enabling him to strikingly capture immediate reality. The observer is able to palpably feel the free movements of his strokes. Adusu’s technique was initially derived from the army camouflage patterns and keeps progressing into semi-abstraction. He applies the paint very thickly and with freedom (impasto technique). Richard Adusu mostly paints on a black background canvas in order to create the awareness of the correlation and harmony between light and darkness. Adusu has had many exhibitions and his paintings have been collected by many dignitaries locally and internationally, including the First Lady of the Republic of Ghana, H.E. Rebecca Akuffo Addo. He states: Anything I put on canvas is the Light as the background is the Dark (Black). Dark is Mystery and Light is Revelation. Black is deep and it projects any color that is placed on it. I believe all colours came out of black. I believe my talent is given to me by the Almighty Creator to impart positivity into humanity.
SKU: JL-73253-66 Category: Richard Adusu
Share: 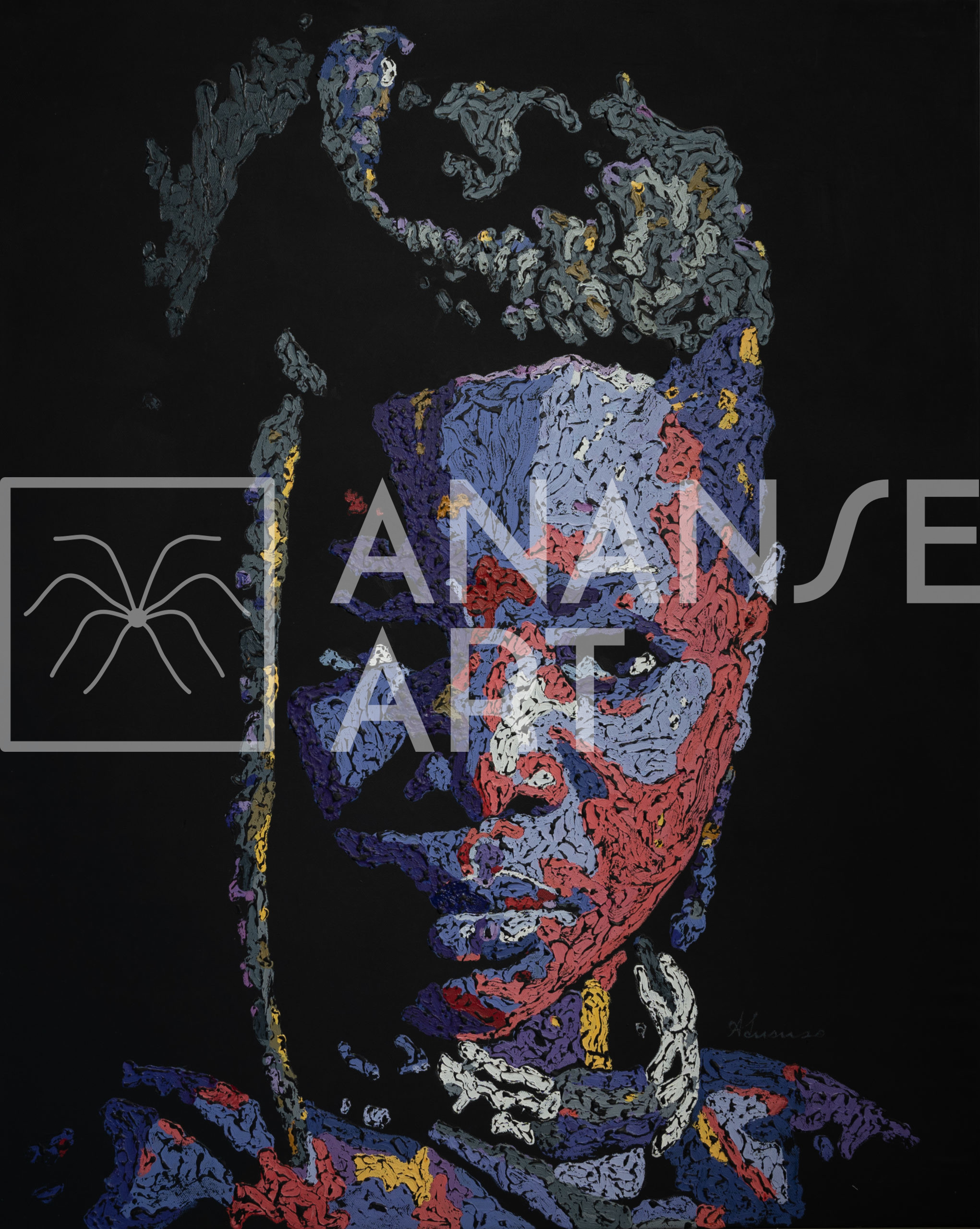 Woman Portrait in the History

The relevance of a woman’s portrait dates back to centuries where their bodies were a symbol. Not only did people use them to depict motifs in visual forms of art, but they also allowed their portraits to influence the world of realism and culture. Every painting showcased the essence with which people used to treat women in societies. However, with decades of work invested by specific artists, women experienced a significant shift in their status. From struggling to live to thrive for equality, women portraits have come a long way since the 15th century.

In the late 1480s, Sandro Botticelli transformed the art world by painting a piece that showcased the world’s first non-religious nude. The famous Birth of Venus signified returning to the antiquities’ ideals, with the artist borrowing the elements and narrative from ancient Greece. Some centuries later, Mona Lisa represented the female portraiture’s development through oil paint and ‘sfumato,’ a remarkable shadowing technique. Leonardo da Vinci gained a profound level of realism, influencing several artists from the Italian Renaissance period. Da Vinci managed to give Mona Lisa’s skin a smoother look, tones to make the eyes expressive and intensified her subtle smile due to such an innovative method.

Furthermore, during the early 20th century, many Viennese artists, Gustav and Egon Schiele, transformed the woman portrait. Creating the subjects amid gold scaling, Gustav introduced and gave way to Egyptian art in Europe. Another landmark in Modern Art was Frida Kahlo’s primitive self-portraits that infused elements of folk and naive art.

Why Are Portraits So Important in Art History?

Portraits have been art history’s staple, with dedicated art museums to showcase historical pieces of artwork. When it comes to European art history, a woman portrait is one of the genre hierarchy’s exquisite genres. Meanwhile, people refer to illustrations as representing people from societies and culture in the parallel art world. Since art is subjective, portraits remind us of why it’s considered a staple.

Portraiture was the medium for earning money.

Francisco Goya was the first court painter, which was one of the highest Spanish painters’ positions available at that time. Such court painters were paid regularly to come up with portraits for the royal family in power. For much of history, paintings were a part of the commission trade where artists would get commissioned to paint a piece that the buyer was looking for. Even Michelangelo’s Sistine Chapel and Da Vinci’s Mona Lisa were part of commissioned projects, significantly influencing the art world.

Back in the day, portraits were more like donor portraits that were larger paintings of people. Initially, the portraits were a part of wealthy families’ traditions. But, with time, middle-class people started commissioning portraits as well. Eventually, painting portraiture became a part of the commercial trend, and artists began to paint their family, friends, and most individuals around them on the canvas. This paved the way for commission-based work and allowed more artists to earn a living through painting portraits for wealthy families.

When an artist scripts a person’s depiction, the directions and decisions are vital. That is because these factors will determine the story’s narrative. Nearly every subject in the world of art delivers an expression that cannot be counterfeited. Every angle and position of the subject tends to be fascinating in its way. Some of the points of interest are things next to the subject, what it carries and wears, the expression, and body language.

One of the approaches that might seem less visible is the details in the portrait by Thomas Gainsborough – Mr. and Mrs. Andrews (c. 1750). The double portrait comprises a married couple, Frances and Robert Andrews. In the portraiture, you will come across the backdrop of a countryside view. However, there is no countryside but the family’s estate. Thomas painted the portrait to signify them as the estate’s owner. In a true sense, the estate was a part of Frances’ dowry.

What makes this portrait so fascinating? The way Thomas has created subjects one after another gives a viewer an expression that the family is the estate’s gatekeeper. The welcoming emotion with which the family allows you into their abode can mislead a viewer to have a false reckoning. Moreover, the oak tree in the portrait consists of stability’s connotations, giving a real sense of generations running the family business.

Self-portraiture provides an insight into an artist’s psyche.

Just how portraits tell viewers various stories about the subjects involved, self-portraiture can narrate an insightful story of an artist’s life. In this case, women artists have transferred self-portraits since they could not make nudes under the public spheres. Frida Kahlo has been a prolific artist, painting more than fifty of her self portraiture. She managed to showcase different aspects of her psychology and inner life.

Botticelli’s Birth Of Venus was well ahead of time, which depicted the Greek goddess of love emerging from the water as an adult woman. The painting represents Venus’ dual idea, where ancient Greek writers saw her as a heavenly goddess and an earthy figure symbolizing love.

Known for its everlasting beauty and her mysterious smile, Mona Lisa represents a half-body portrait from the classical renaissance period. The curved and subjected lines depicting her clothing and hair are echoed in rivers and mountains behind her, which, in turn, portrays a connection between nature and humans.

Many people refer to the painting as the Dutch Mona Lisa. Johannes Vermeer’s artwork represents a scintillating study of the female head.

The nude depiction painted by Edouard Manet created an outrage among Parisians since the art humanized prostitution – a practice that was not very popular at that time.

The painting by Gustav Klimt portrays a captivating woman dressed in gold. Not only does the painting depict the golden era, but it also celebrates the beautiful and luminous leafy features carved and painted with gold.

Our Other Interesting Options

From subject to culture depictions, our online gallery is home to several exciting options, which provide an accurate picture of the African tradition, practices, people, and cultural background.